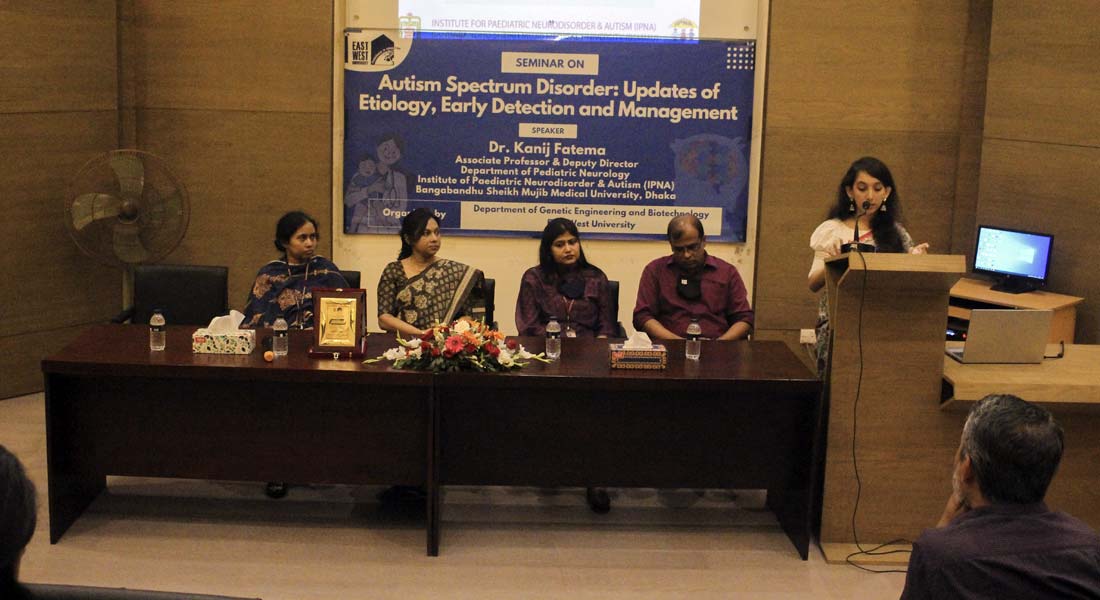 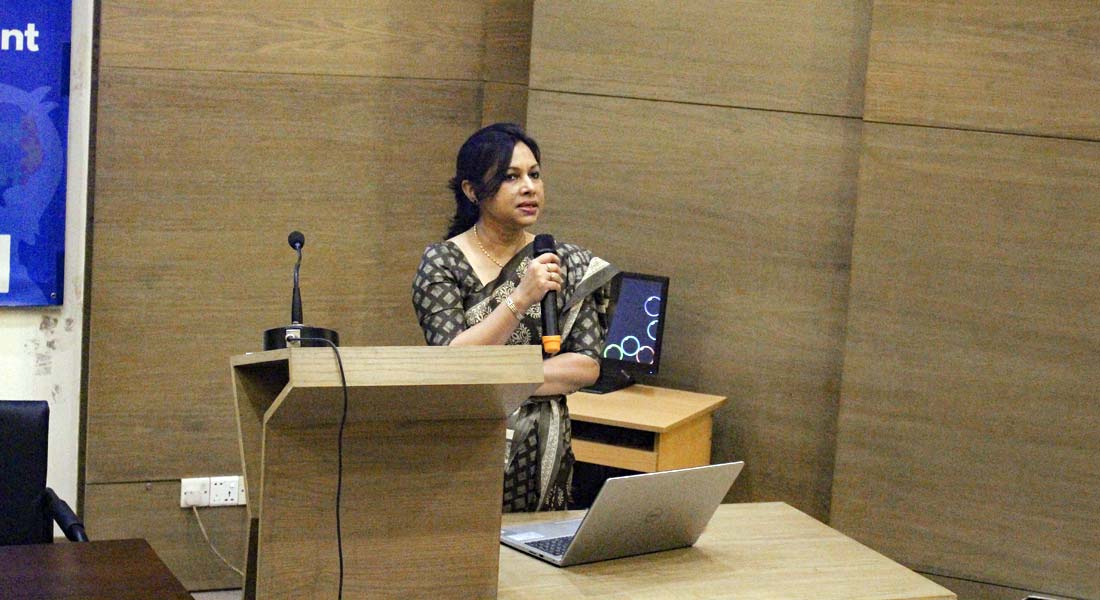 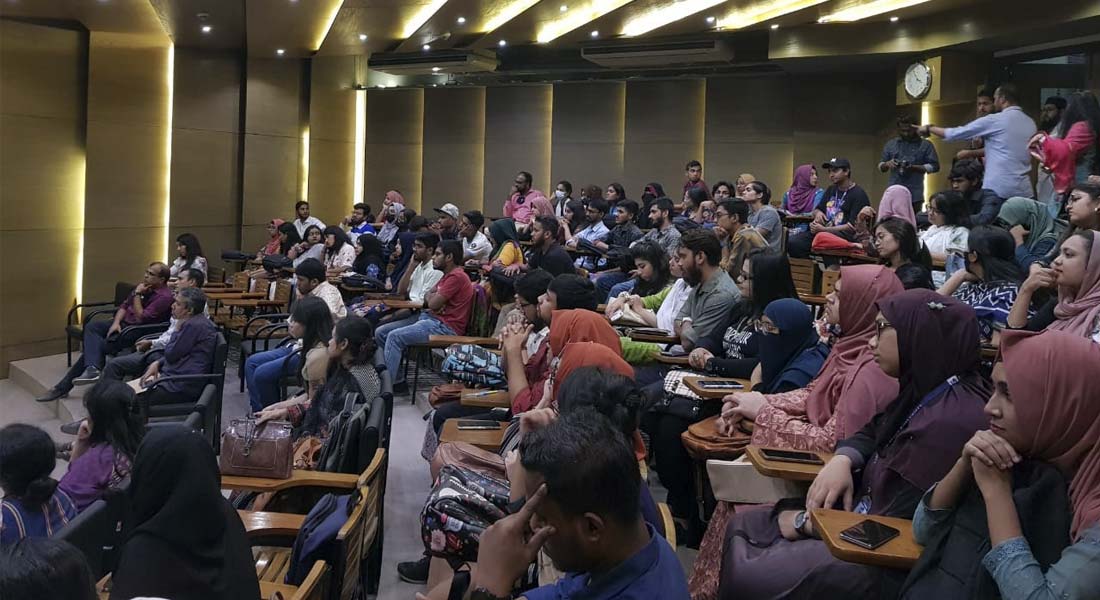 A scientific seminar entitled “Autism Spectrum Disorder: Updates of Etiology, Early Detection and Management” was organized by Department of Genetic Engineering and Biotechnology, East West University on 27th October, 2022 at 03:00 pm in Room No: 550.

Dr. Kanij Fatema was the honorable speaker who enlightened us with her research. She is  currently working as  Associate Professor and Deputy Director, Department of Pediatric Neurology, Institute of Pediatric Neuro-disorder and Autism (IPNA), Bangabandhu Sheikh Mujib Medical University, Dhaka.

Dr. Kanij delivered her speech on Autism Spectrum Disorder (ASD) which is currently one of most prevalent neurodevelopmental diseases in Bangladesh.

ASD is a set of neurodevelopmental disorders characterized by complex behavioral phenotype and deficits in both social and cognitive functions.  According to the Center for Disease Control and Prevention (CDC), 2020 report, 1 in 54 children in US is affected with ASD. In one study done in Bangladesh, in rural areas, 14/10,000 and in urban areas 25/10000 children have autism.

In the seminar, the highlights of autism diagnosis, genetic basis and management was discussed.