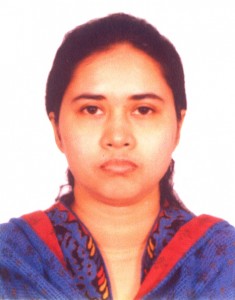 A total of 27 isolates from patients with urinary tract infection (UTI) were screened and of these 12 were found to be Escherichia coli. All the E. coli isolates were multidrug resistant. Among the antibiotics, imipenem and polymyxin B were found to be the best, while oxacillin, cefsulodine and methicillin proved to be worst in effectiveness against the studied E. coli isolates. Only 42% of the E. coli were susceptible to trimethoprim-sulfamethoxazole (TMP–SMX), the current drug of choice for treating UTI. Middle ranged plasmids were observed in the studied isolates. Five strains expressed curli fimbriae and two elaborated cellulose; two other strains produced both curli and cellulose as extracellular matrix component.

R2 elements are a clade of early branching Long Interspersed Elements (LINEs). LINEs are retrotransposable elements whose replication can have profound effects on the genomes in which they reside. No crystal or EM structures exist for the reverse transcriptase (RT) and linker regions of LINEs.

Using limited proteolysis as a probe for globular domain structure, we show that the protein encoded by the Bombyx mori R2 element has two major globular domains: (1) a small globular domain consisting of the N-terminal zinc finger and Myb motifs, and (2) a large globular domain consisting of the RT, linker, and type II restriction-like endonuclease (RLE). Further digestion of the large globular domain occurred within the RT. Mapping these RT cleavages onto an updated model of the R2Bm RT indicated that the thumb of the RT was largely protected from proteolytic cleavage. The crystal structure of the large globular domain of Prp8, a eukaryotic splicing factor, was a major template used in building the R2Bm RT model, particularly the thumb region. The large fragment of Prp8 consists not only of a RT similar to R2Bm, but also an RLE and a linker connecting the two regions. The linker sequences adjacent to the RLE in LINEs and Prp8 share a set of two important α-helices and a (presumptive) knuckle/ββα structural motif that are closely associated with the thumb. The RLEs of LINEs and Prp8 share a unique catalytic core residue spacing as well as other key residues.

The protein encoded by RLE LINEs consists of two major globular domains. The larger of the two globular domain contains the RT, linker, and RLE and is similar to the large fragment of the spliceosomal protein Prp8. The similarities are suggestive of possible common ancestry.