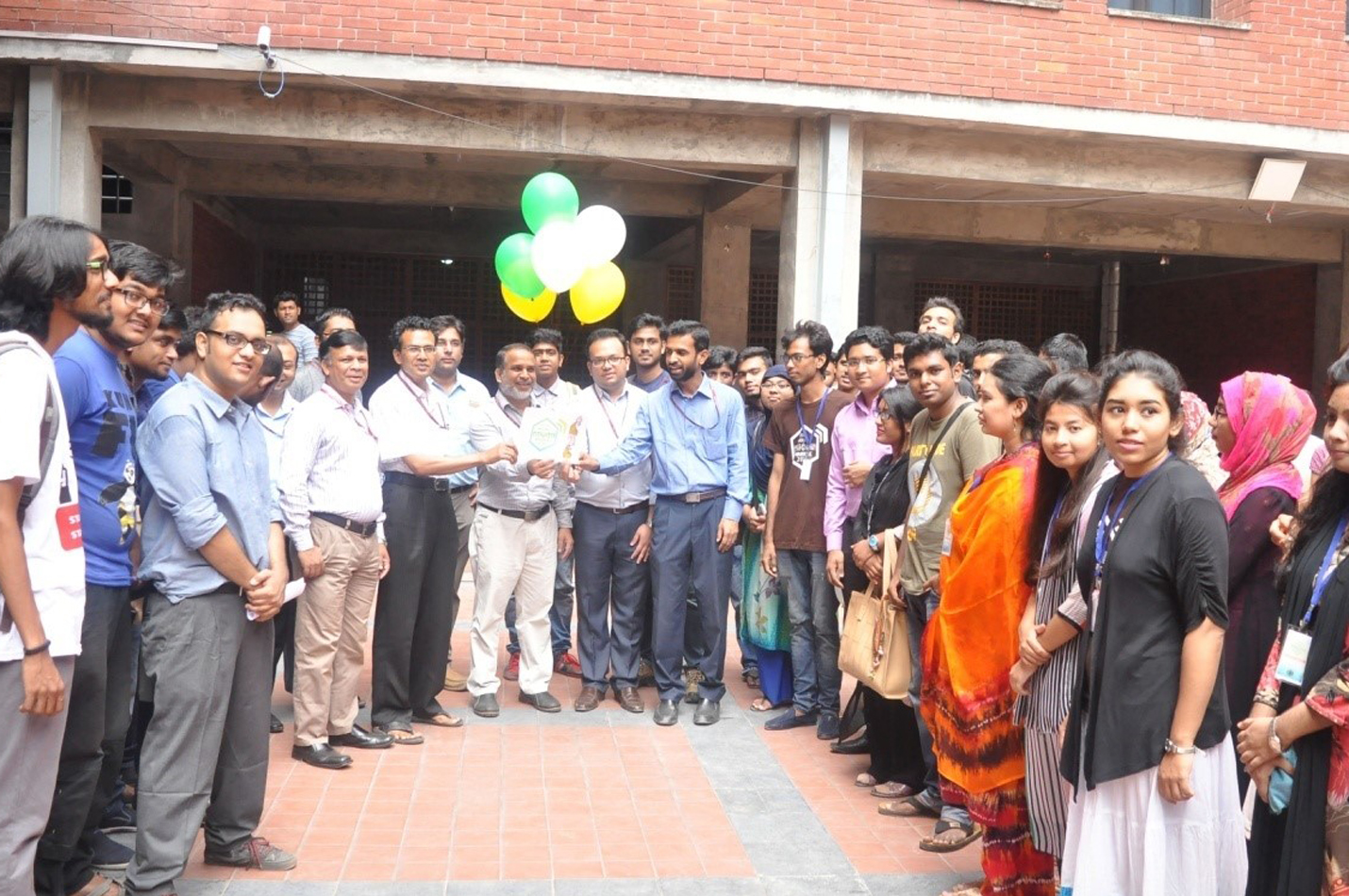 East West University Telecommunications Club (EWUTC) organized Intra East West University Telco Warfare 2016 (Telecommunication, Technological Idea and Mobile Application Development competition) on 28th July, 2016. The program was started at 10:00 am by releasing balloon by the special guest Dr. M. Mofazzal Hossain, Professor and Chairperson Department of ECE  and other respectable Faculty Members of ECE Department. The prime object of the event is to encourage the students about telecommunications, mobile based application development and bringing out technological ideas from the scratch. Professor M. M. Shahidul Hassan, PhD, Vice Chancellor of East West University was the chief guest of the program. Ahsan Ali, Lecturer, Department of ECE and Md. Sahidul Islam, Lecturer, Department of ECE was present in the program as moderators, Shahinul Alam Jony attend the program as special guest and Dr. M. Mofazzal Hossain, Professor & Chairperson Department of ECE  and other respectable Faculty Members of ECE Department were also attend the program as honorable guestThe competition is mainly divided into three parts- one is Tele War, second one is Apps War and another one is Idea War. In this program, a total of 150 students were participated and among them 20 students were awarded for their excellence. At the end of this program the ex-executives of EWUTC were awarded crest for their wonderful co-operation on the development of EWUTC. Through this competition participants learnt a lot about the applications of various telecommunication sectors.

Two Faculty Members of Department of ECE, EWU have been placed in the...

Seminar on “Introduction To Graphics Designing”