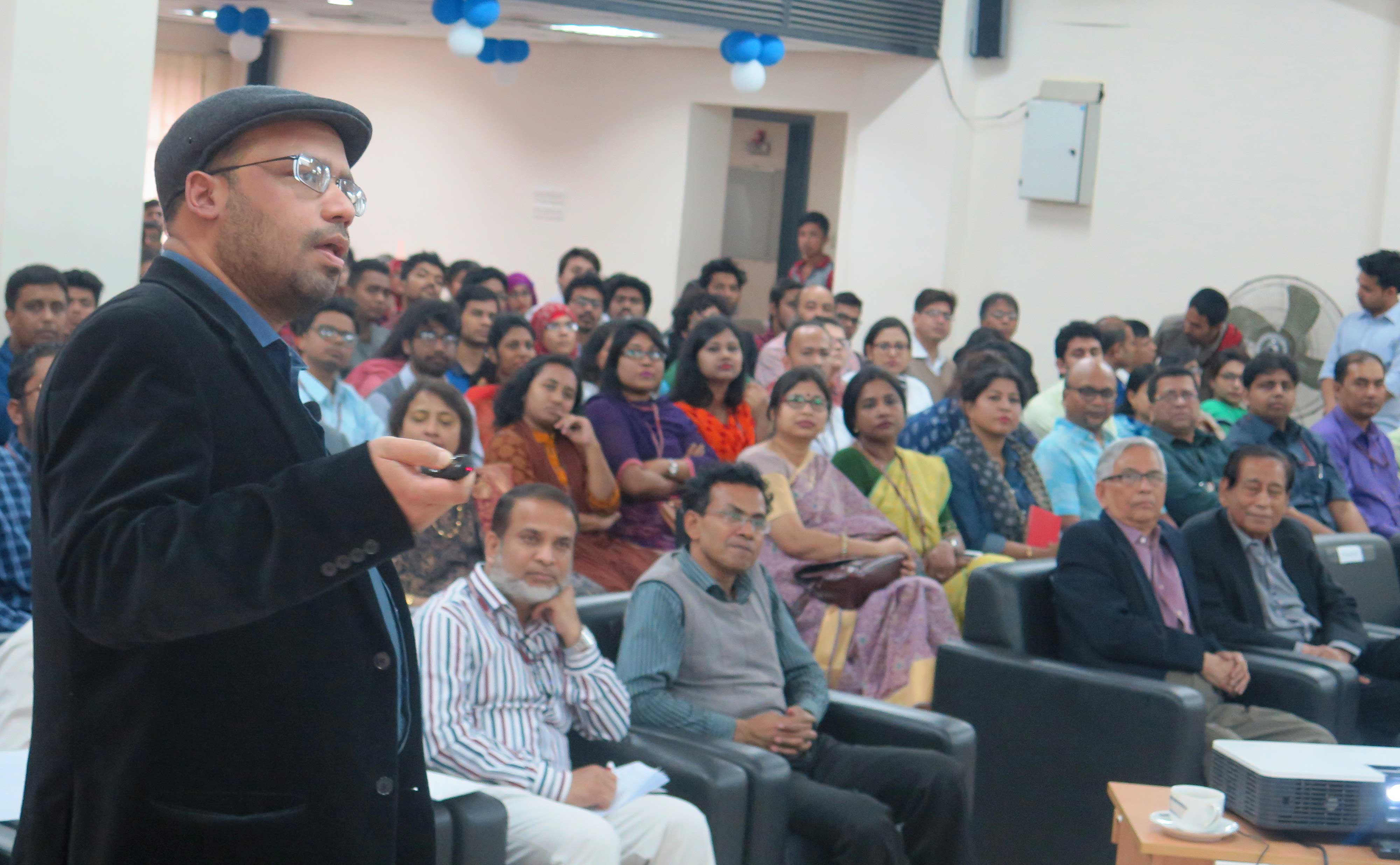 To offer a platform for addressing the current issues of Science and its role in the world East West University (EWU) organized a seminar titled “Public Science” on 11 February 2017 (Saturday) on EWU campus at Aftabnagar, Dhaka.

Dr. M. Zahid Hasan, Professor, Princeton University, USA and prominent scientists of the world presented the keynote paper of the seminar. Professor M.M. Shahidul Hassan, Vice Chancellor of EWU shared his comments on the seminar as the program Chair.  Dr. Mohammed Farashuddin, the Chairperson of the Board of Trustees, EWU and H N Ashequr Rahman, M.P., Member, Board of Trustees, EWU were present on the occasion.

The scientist, scholars, researchers, academicians, faculty members and students from different universities participated in the seminar. The seminar opened a floor for discussions and dialogues to address the ever-expanding territory of public science and its influences on society.

Two Faculty Members of Department of ECE, EWU have been placed in the...

Seminar on “Introduction To Graphics Designing”